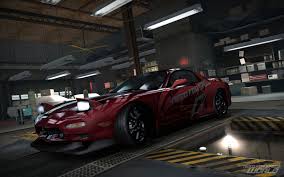 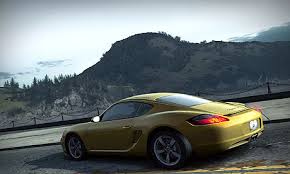 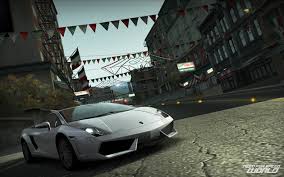 Need for Speed Most Wanted for Pc
In Need for Speed Most Wanted, you can try to become the most notorious street racer alive. Outrun both racers and cops to increase your reputation and move up the street racing blacklist. You can choose from a variety of vehicle types and destructible urban maps featuring shortcuts, traffic, and patrolling police. Need for Speed Most Wanted also includes online play for challenging other gamers.
The player arrives in Rockport City, driving the ALMS version of the BMW M3 GTR (E46). Following Mia Townsend (played by Josie Maran), the player proves his driving prowess as he is pursued by a veteran police officer named Sergeant Cross (played by Dean McKenzie), who vows to take down the player and end street racing in Rockport. Races seem to be in the player’s favor until a particular group of racers, led by the game’s antagonist, Clarence “Razor” Callahan (played by Derek Hamilton), sabotages and win the player’s car in a race. Without a car to escape in, the player is arrested by Cross, but is later released due to lack of evidence.[4] Mia picks up the player and then informs the player about Razor’s new status on the Blacklist, a group of 15 drivers most wanted by the Rockport Police Department. She then helps by assisting the player in acquiring a new car and working his way up the Blacklist. Rivals are defeated one by one, and the player is rewarded with reputation, new rides, and ride improvements with every Blacklist member taken down. As new boroughs are opened up throughout Rockport (Rosewood, Camden Beach, and Downtown Rockport), Mia also sets up safehouses for the player to lie low in, in exchange for placement of “side bets” on the player’s races.
System requirements for Need for Speed Most Wanted

Info-
Year: 2011
Genre: Racing (Cars) / Simulator / 3D
Developer: Slightly Mad Studios
Publisher: Electronic Arts
Platform: PC
Need for Speed Shift 2 Unleashed – continuation of the popular autosimulator in a series of Need for Speed. At this time, the game implements a more advanced physics system which takes into account the degradation of not only the vehicles but the road surface tracks, and also added night race. In addition, a special kind of came out of the helmet, allowing the player feel like a real racer. Now the camera is not “glued” to the machine, and can be seen shaking from every pothole on the road as if you really are in a race car.
Features:
* A new level of perception. Players will experience an unforgettable experience through first-person view. The new camera, fixed on the helmet, realistically reproduces the movements of the head driver, and perfectly conveys a sense of speed. Image moves and bends with every turn, make you feel any roughness on the track and even the vibration machine body, not to mention the collisions with other vehicles.
* Autolog change everything. Revolutionary Autolog unites players and allows them to share information about all their achievements. Racers will be able to compare the Driver Profiles and status, publish and comment on the screenshots and videos of the game, inviting friends to the contest, read the news from sites NFS.com and Speedhunters.com. In addition, the system will recommend everyone Autolog most interesting match, based on the actions of his friends. Multiplayer game like the Internet, and on one computer will become even more exciting.
* The true realism. Shift 2 Unleashed changes the perception of the genre of simulation, allowing players to immerse themselves in the excitement of real racing. The project is the famous championships – FIA GT1 World Championship and GT3 European Championship, as well as real-life cars, tracks and racers.
* Tremendous career. In the fight for the title of FIA GT1 World Champion players will take part in various competitions and will open a lot of interesting possibilities. They will test himself in endurance racing, the competition on the retro cars and supercars – in the Shift 2 Unleashed everyone can choose their own path to the pedestal.
* Tuning for beauty and victory. Due to the wide range of modifications of the most powerful of the world’s elite car can become a real fire-breathing monsters! Improves everything – engine, suspension, bodywork and other details. Then you can test their unique creation in any of the game modes.
* Realistic cars and tracks. The game features 130 licensed cars including the Nissan GT-R GT1, McLaren MP4-12C and GUMPERT Apollo; 50 real-life racing tracks such as Bathurst, Spa de Francochamps and Suzuka; and devised specifically for the game trails that pass for business district London and Shanghai.
System requirements:
• Operating system: Windows XP (SP3) / Vista (SP2) / 7
• Processor: Intel Core 2 Duo 2.0 GHz / AMD X2 1964 2.4 GHz
• RAM: 2 GB
• Video card: 512 MB VRAM ATI HD 3XXX level or better / NVIDIA GeForce 8XXX or better
• Sound Card: DirectX compatible
• Free space on hard drive space: 7 GB.

For generations, stories have been told of the fearsome weapon of Thor, the Norse god of thunder. Legend holds that Thor’s hammer had the power to smash mountains into valleys and to destroy even the gods. For more than a thousand years it has existed only as a myth…until now.
In an ancient ruin on the floor of the Mediterranean Sea, Lara Croft uncovers proof of the Norse underworld and the mythical hammer. As she attempts to unravel the secrets behind these myths, Lara’s perilous journey leads her toward a forgotten power that, if unleashed, could lay waste to all civilization.

Feel what it’s really like to race high-end performance cars as Need for Speed SHIFT thrusts you into
the heart of the action for the true driver’s experience. Immersive and exciting features such as a stunningly realistic first-person cockpit view and an all-new crash mechanic deliver an unrivaled sensation of the speed and exhilaration of racing a car on the extreme edge of control. Plus, an ultra-realistic physics engine lets you feel every bump as you race around some of the world’s top tracks. Whether you’re battling online or playing through your career, build your unique driver profile from moment to moment and from race to race and get rewarded for driving the way you want to drive.

Features
The True Driver’s Experience—An unrivalled in-car experience and new physics engine deliver the severe G-forces, bumps, and impact of being behind the wheel of an elite race car.
Driver Profile—What kind of driver are you? Your unique driver profile tracks your evolution as a race driver from event to event based on your driving skill and style. Will you be respected or feared?
Dynamic Crash Effects—Feel your car take damage as you hit a static object or opponent’s car. A combination of visual and audio effects will leave you disorientated and briefly disrupt the race.
Customize Your Car—Tailor almost every aspect of your car with the comprehensive customization system. Go under the hood to increase the car’s performance then personalize its look inside and out to reflect your individual style.
Take the Race Online—Your driver profile continues to build online and helps match youagainst the most suitable rivals for your ability. Keep building your skills and work your way toward challenging the best drivers in the world.
1. Unrar.
2. Burn or mount the image.
3. Install the game.
4. Copy over the cracked content.
5. Play the game.

In Grand Theft Auto 4 you take on the role of Niko Bellic, an immigrant from Eastern Europe with an ominous past. Persuaded by his cousin’s promises of a fresh start and a better life, Niko relocates to Liberty City, USA — the worst place in America. After making the move to Liberty, however, Niko quickly realizes that his hopes of “living the American Dream” may never come to pass… and that things here may not be so different after all.

Although Liberty City may not differ greatly from Niko’s homeland, being different and standing out is definitely a major theme with Grand Theft Auto IV. While GTA: Vice City and GTA: San Andreas were considered to be part of the GTA III trilogy (same graphics engine, similar characters, similar mission style, etc.), Grand Theft Auto IV is considered a fresh start for the GTA series, focusing more heavily on realism and storytelling than in previous titles. This is why it’s been dubbed GTA4 and not GTA6 (as many had originally anticipated), even though it’s the sixth major title in the series.
GTA IV follows the release of the hugely successful GTA: San Andreas (which was released for PlayStation 2 in 2004, and then later for PC and Xbox during 2005) and also marks the 10th anniversary of the Grand Theft Auto franchise. With Grand Theft Auto 4 being the milestone that it is, Rockstar Games has been working overtime on perfecting the game. According to Janco Partners analyst Mike Hickey — a financial consultant for Take2 Interactive — approximately 150 developers worked on GTA 4.

Description:
Battlefield 3 (commonly abbreviated to BF3) is a first-person shooter action video game, being developed by EA Digital Illusions CE and to be published by Electronic Arts. The game is set to be released on October 25, 2011 on Microsoft Windows, PlayStation 3, Xbox 360 and EA Mobile confirmed a port for the iOS platform. It is a direct sequel to 2005′s Battlefield 2, but the eleventh installment in the Battlefieldfranchise.
Gameplay:
Battlefield 3 will feature the maximalist combined arms battles that made the series popular across single-player, co-operative and multiplayer modes. It will reintroduce several elements absent from the Bad Companygames, including fighter jets, the prone position and 64-player battles on PC.To accommodate the lower player count on consoles, the ground area will be limited for Xbox 360 and PS3, though fly space will remain the same.During an interview with GameInformer Magazine, EA stated that Commander Mode is unlikely to be included, which was met with some criticism on the EA forum.
Screenshots: